Please sign Teresa’s petition: Tell the Ontario Government, Human Rights Should Be For Everybody. at Change.org.

It has been one full year since Teresa’s petition “Human Rights Should Be For Everybody” launched on World Down Syndrome Day, 2014. We would love to able to declare “Victory”, but we can’t. Not yet. Teresa was, and is, demanding an apology from you for the harm your organizations have caused her. 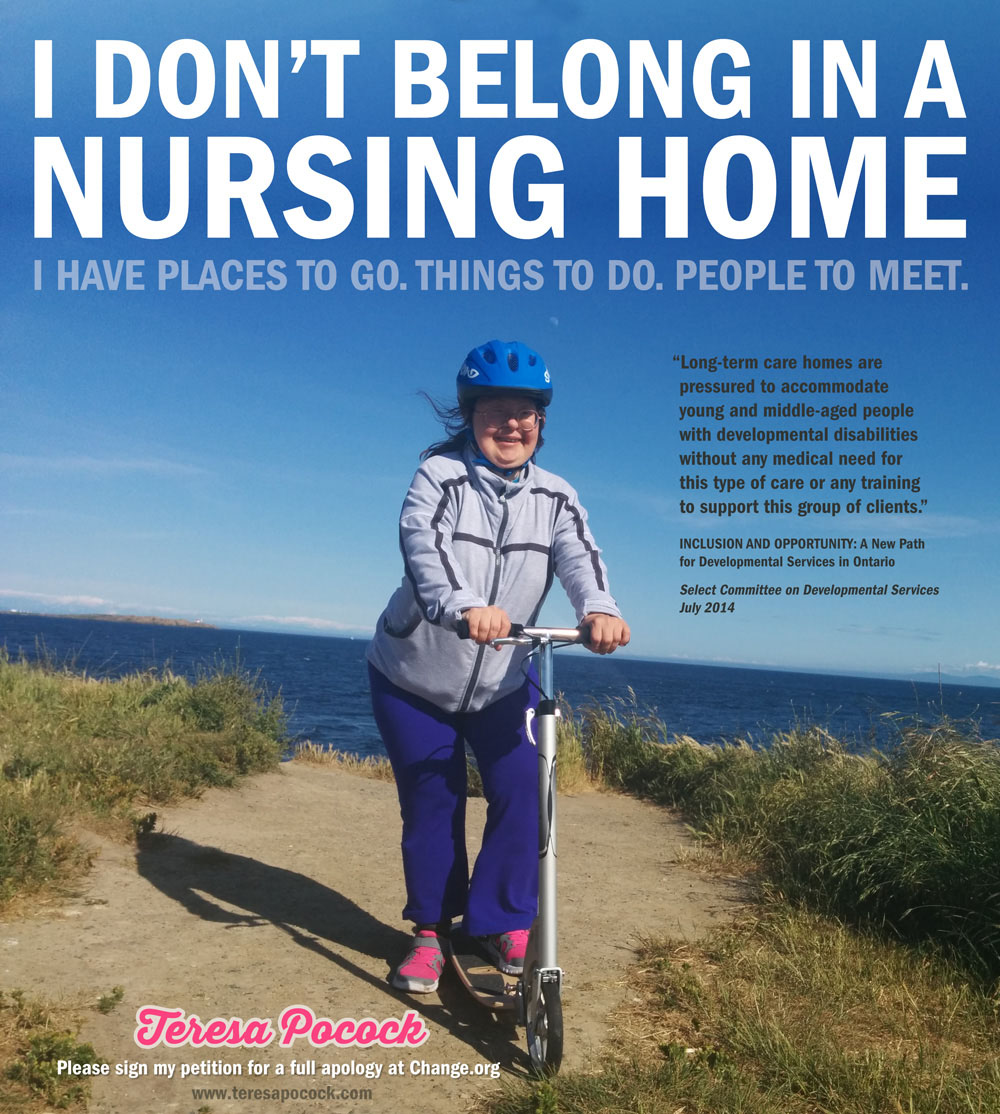