Human Rights Should Be For Everybody You can help Teresa by signing her petition. It calls on the Ontario government to apologize to Teresa for violating her human rights and forcing her into a long-term care home. 25,000 people have signed already — but we need to double that number to show the government that this type of abuse of the developmentally disabled will not be swept under the rug. We will not be silent. It is up to us — the ones who are strong enough to speak up — to defend our loved ones who are defenceless. Because Human Rights Should Be For Everybody. http://www.change.org/teresapocock Please watch the video below and then sign Teresa’s petition: Tell the Ontario Government, Human Rights Should Be For Everybody. at Change.org. 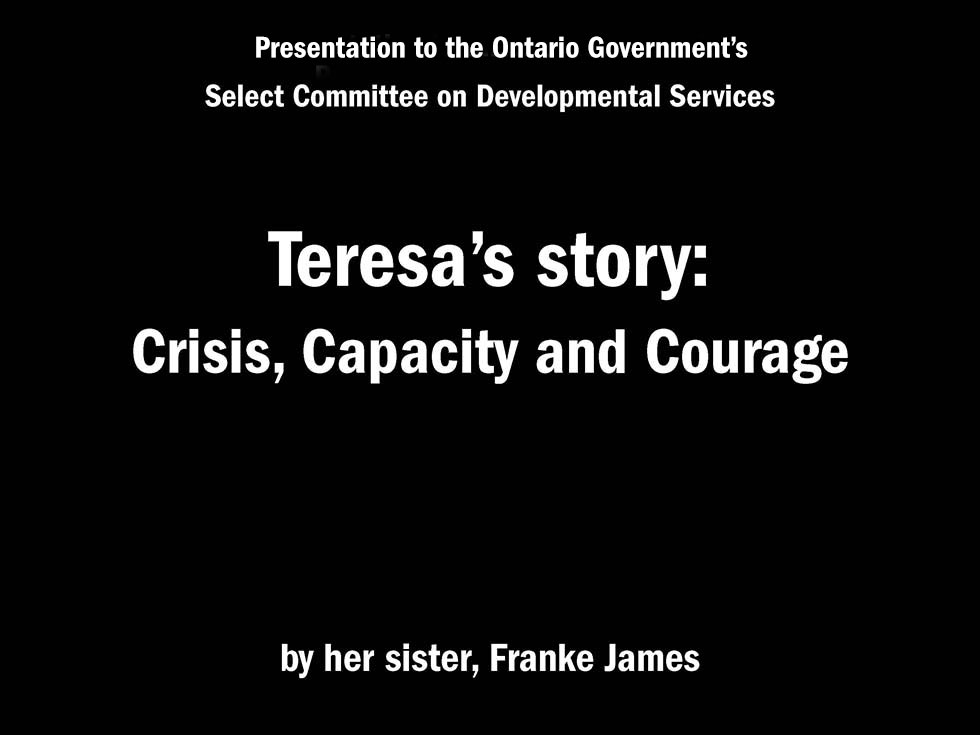